As per 2011 census india`s population has swollen up to1210.98 million Given the facts that 31.6 % of this population lives in urban areas and rate of urbanisation has increased from 27.81% to 31.6% the problems of land shortage,housing shortfall,cogested transit and deteriorating supply of basic amenities such as water power and open spaces in our towns and cities is quite understandable, The rapid urbanisation has not only resulted people living in slumps and squatter settlements but also deteriorated the housing conditions of economically weaker sections and middle income group. This is primarily due to the skyrocketing prices of land & Real estate in urban areas that have forced poor and middle income sections of society to occupy the marginal lands typified by poor housing stock,congestion and obsolescence.
India is witnessing increasing urbanization with the current level of 30% expected to reach 50%+ in the next 20-30 years. The new government in India has initiated Smart Cities as a response to this increase in migration. Over 100 new Smart cities are expected to come up. Though not designed & planned from the start, most of these cities would have the opportunity for being developed almost afresh.
Increasing urbanization, however, has its challenges on providing housing for migrant population who may not be able to afford housing otherwise available in the cities.

The primary reasons for the increasing numbers in urbanization are the job opportunities and the standard of living, amenities etc. that the city has to offer. But this migration is also causing a drop in the quality of life and a loss in the sense of socio-cultural belonging.

The theme for this year’s Transparence looks at the design of a social mass-housing complex, which integrates the concepts and principles of a smart city itself.
LIVE: Residents will be provided with a decent quality of life with basic public amenities

WORK: Residents may also have a work environment inside the housing complex to generate income.

PLAY: Entertainment hubs and relief spaces in and around the complex.

SITE – LOCATION: Anik Bus Depot – approximately 18 ha of land located in the heart of the city at Wadala, Mumbai.

Purpose
Affordable living , with ample space to run small scale industries , Still being a sustainable design .
Solution
By the People : Use of labor intensive technologies , So that they create employment and promote craftsmanship To the people : Built to give a familiar look of the Indian fabric of living. For the people : To become the service provider , with the help of small scale industries .
Audience
This idea is not audience specific , this is to trigger the mindset that how well our way of living has developed and what our country people really need , a big inspiration to my design is Dharawi Slums in Mumbai 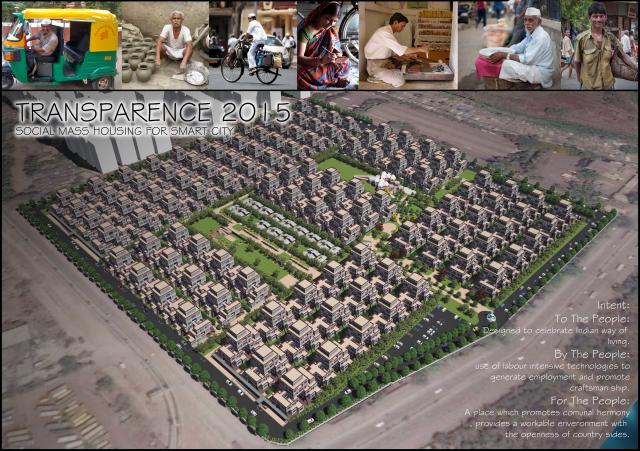 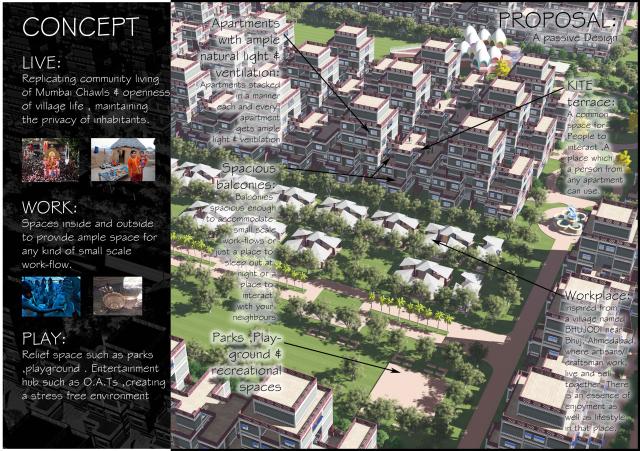 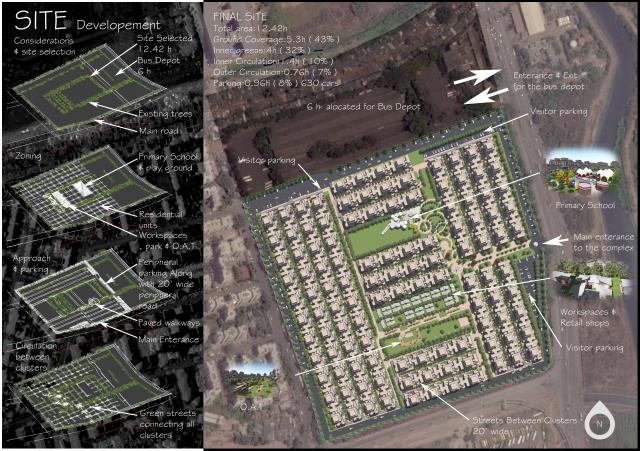 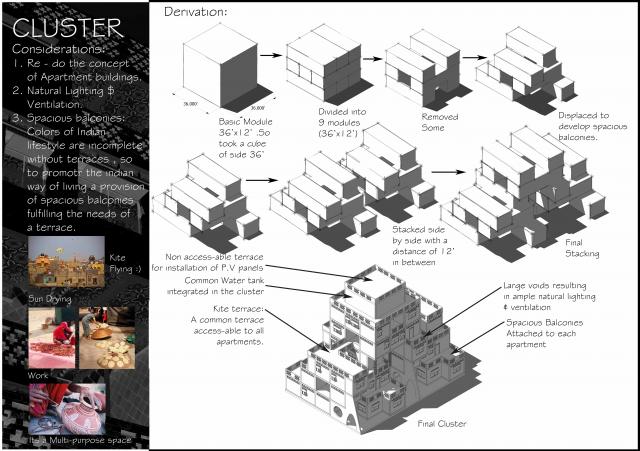 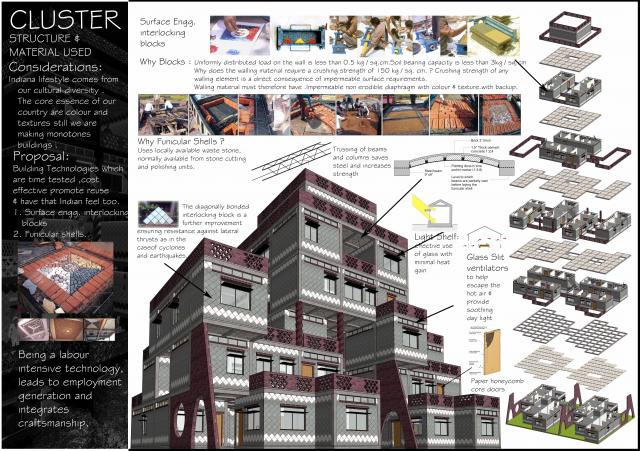 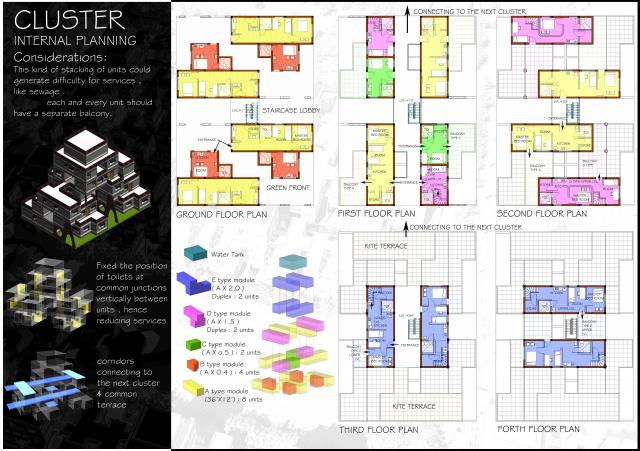 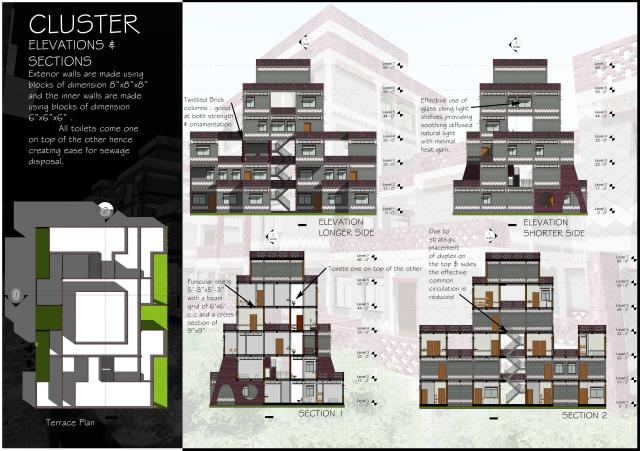 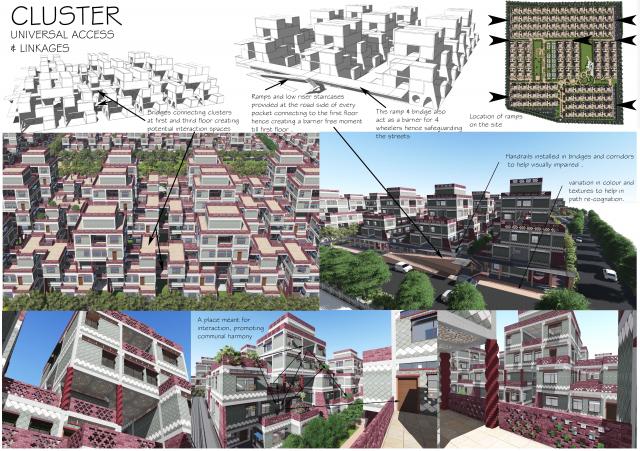 9 workspace school and re creation.jpg 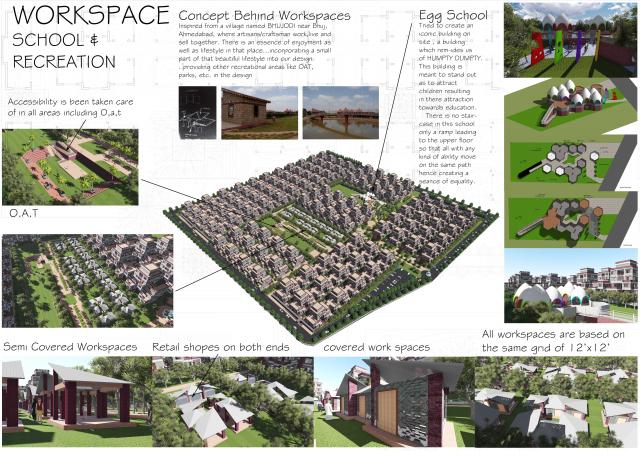