Microcontrollers are low-cost, dedicated computer chips which are found in a wide variety of consumer products and commercial applications. With the availability of low-cost development kits with easy-to-use programming interfaces, an introduction to the hardware interfacing and software development of microcontrollers for simple applications is feasible. One such kit is the Microchip Technology Incorporated PICkit 1 Flash Starter Kit. The kit provides everything needed to develop applications using Microchip 8-pin and 14-pin Flash PIC family of microcontrollers. Specifically, it includes MPLAB Integrated Development Environment to create, develop and organize project software on a personal computer; a freeware version of the industrial-strength C language compiler by HI-TECH Software, called HI-TECH PICC LITE; PICkit 1 Circuit Board; PICkit 1 Classic Software; USB interface cable; and 8-pin PIC 12F675 microcontroller.

Purpose
To provide freshmen electrical and computer engineering students with a hands-on introduction to hardware interfacing and programming of microcontrollers.
Solution
Students construct and test the electronic interface and driver circuits of the Electrobot I/O on a protoboard in five stages. This first part of the project counts for 50% of the project grade. Next, students write the C programming code and test it on the protoboard prototype of the Electrobot. Once student code works on the prototype, the student then tests the code on the actual robot. The Electrobot code must work on the actual robot, besides the prototype, to successfully complete the project. This second part of the project is worth the remaining 50% of the project grade.
Audience
Freshmen electrical and computer engineering students.

The Electrobot - A Freshmen Introduction to Microcontrollers

The Electrobot - An Introduction to Microcontrollers 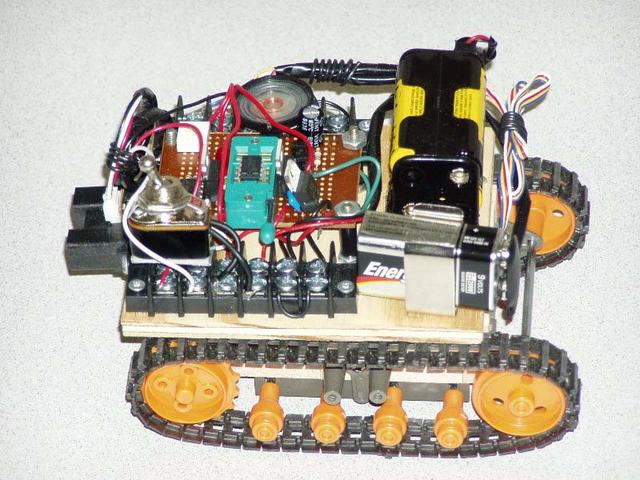