- TGV was not a wasted prototype, its gas turbine was only one of its many new technologies for high-speed rail travel.
- The new Burj El arab station links two very distinct areas of the city,also links between the main Airport of Burj el arab to Alexandria until Cairo city previously divided by the railway tracks, the west side towards east of Egypt.
- BEUG station consists of large structure,a large art-piece entrance feature, a tow story under ground parking facility connection to train platform.
The Station itself consists of a large public concourse circulation area, retail areas and offices, ticketing facilities and access points to Metro Platform.

Purpose
- The new Burj El arab station links two very distinct areas of the city,also links between the main Airport of Burj el arab to Alexandria until Cairo city previously divided by the railway tracks, the west side towards east of Egypt. - the project has found solution for the increase of population last years to make the transportation between cities easier and their life more comfortable.
Solution
-Transparency: The concept for the design was transparency and an urban dialog with the city. Transparency is translated by the monumental vault, constructed of glass and steel. creating a building without facades, relying on the roof for shelter and the building's identity. -Integration: This glazed, transparent umbrella lets plenty of natural light in throughout the day, and it’s slightly tinted to provide protection from the sun’s harshest rays, to make integration between interior and around environment. -Fluid movement: the use of curves through the roof to be similar the air movement of high speed train and helping to decrease the amount of load by reticence the coulmn and make the piblice concourse clear.
Audience
my audience is a mixture of Architecture Professors and Senior Administrators at the Faculty of Engineering- Architecture Department at Alexandria University. My design can be used by the Egyptian authorities and the Department of Transportation to ease the high density populated areas in the city of Alexandria and assist in reducing the congestions in most of the city's roads and traffic flow. Therefore, the direct impact of my design influences both the Government and the population in that city. That is why the whole design process was focused on solving these problems and implementing new solution in an ultra modern outlines and extremely practical details. 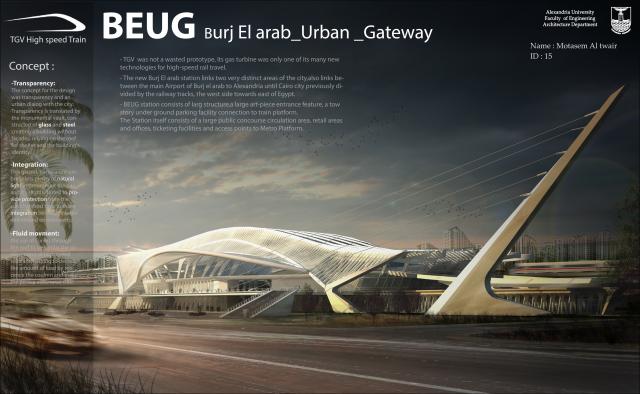 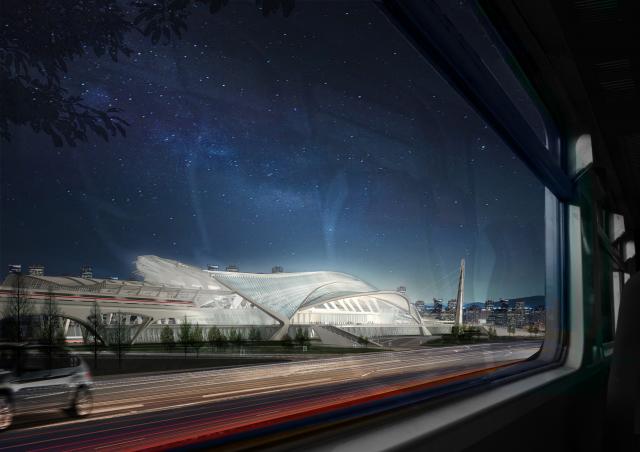 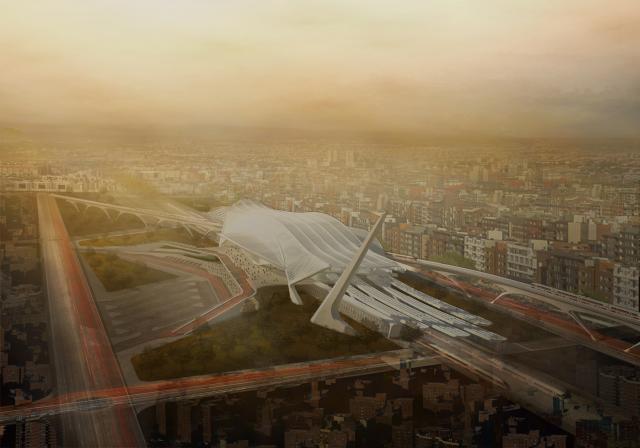 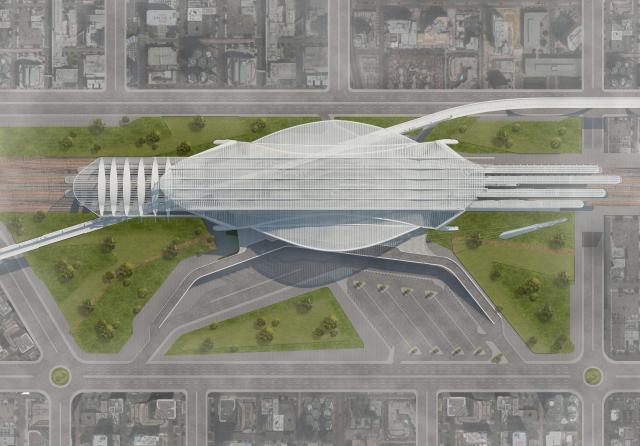 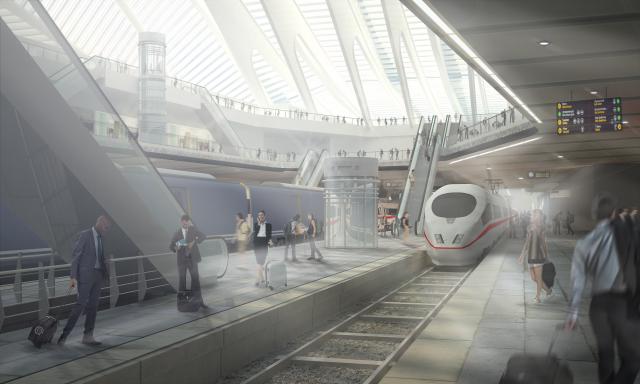 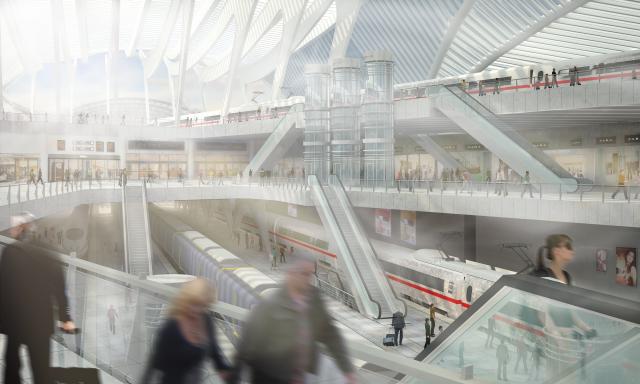 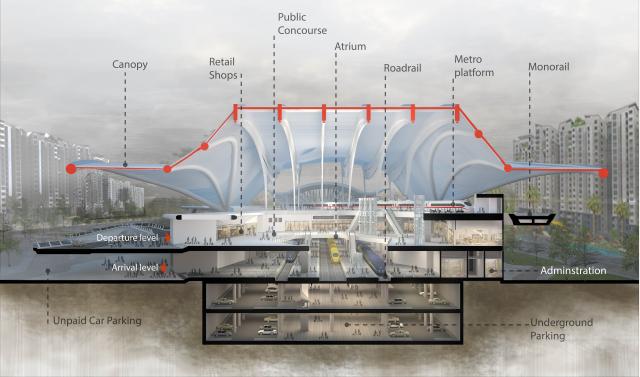 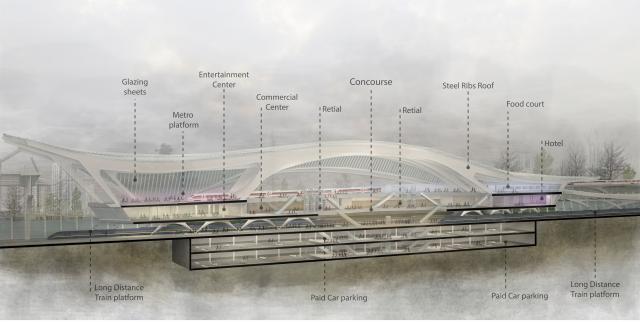 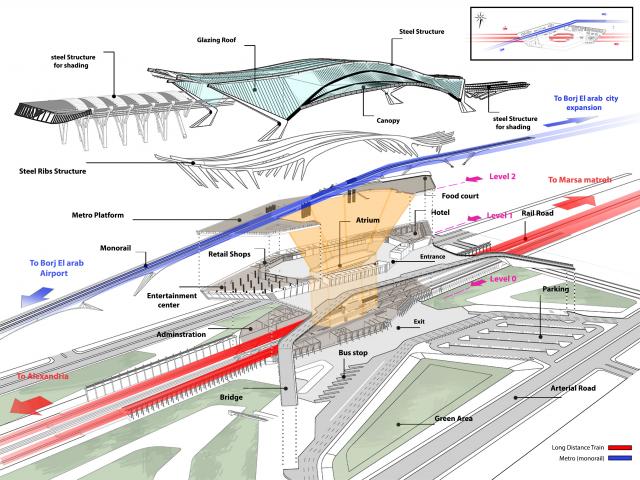 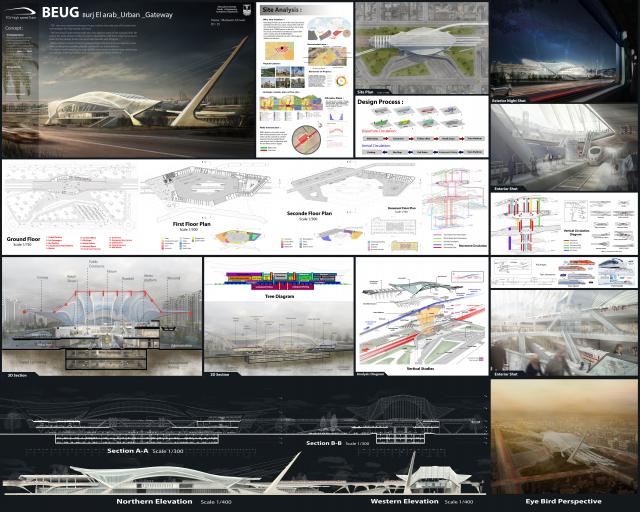