Cole Barnett is a grade 10 student at Kedron State High School in Brisbane, Australia.  He first began using Autodesk software at Joe Walker STEALTH Academy in Lancaster, California, with his VEX robotics team.  His favorite classes are music, Spanish, math, and science.  He likes the patterns and logical ways of math and chemistry, and enjoys biology because he likes to discover all of the amazing things that nature can produce.

How did you get introduced to Autodesk software and learn to use it?

At my middle school in California, I took a required elective class called Design and Modeling that introduced and taught students the basics of Autodesk Inventor. The next year I chose to do VEX Robotics as my elective, where I further advanced my Inventor skills and learned new techniques such as 3D Printing, including printing a version of our team’s robot. I use Inventor. I was also introduced to Maya, but it was not practical for my work. What I did for my team is take my team’s robot and model it in Inventor to show to judges at competitions.

What’s your favorite project you’ve worked on using Autodesk software?
My favorite project was working with my VEX team to design and build our robot.  VEX is a worldwide robotics competition involving a game where robots compete against each other at tournaments. Making a robot involves designing, building, programming, performing, and presenting. When my team made it to the VEX Robotics World Championships in 2014, I took my “Inventor-ized” 3D model of our robot on the computer and started to 3D print it. I also taught the new students in my class how to use Inventor to design, model, and 3D print objects. At the competition, I presented with about six other classmates the idea of using a Computer Aided Design program such as Inventor to design a robot and then 3D print it before building with actual metal to save time, money, and effort. The judges satisfied our efforts with the Create Award, which was given for a “Robot with a creative engineering solution.” My VEX team was composed of around twenty-four 7th and 8th grade students who are almost all new to robotics and Inventor.  There were only about one or two other people working with me and helping me with the 3D printing project by assembling parts of the robot for me in Inventor. However, at the same time, I was also tasked with teaching about five of the younger and more inexperienced students how to use Inventor and the 3D printer. At the World Championship, I talked to the Autodesk employees present there and got asked to come do a case study in San Francisco. I got flown up and interviewed about my work. It was an amazing experience that I’ll never forget. My favorite part of working with Inventor and the 3D printer was watching all my hard work turn into something amazing. 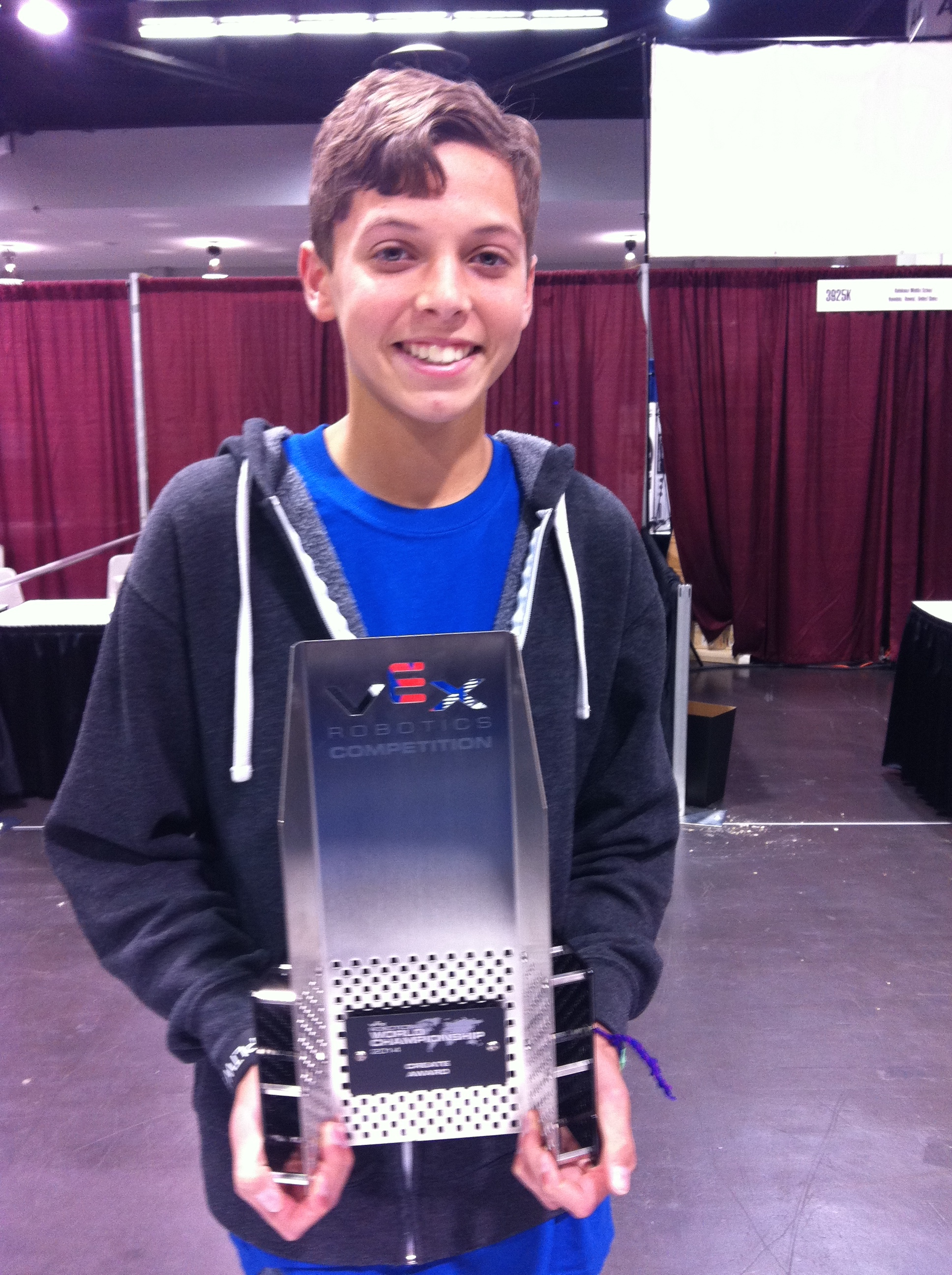 Cole with the Create Award at the VEX World Championships.

How do you think learning to use Autodesk software has helped you in your classes?
Using Inventor has helped me see the direct correlation between some of my classes and real world uses. When I took geometry and was learning about triangles, I could see the theorems and rules come into place as I used Inventor in the sketch mode. As well as math, using Inventor became useful in my high school engineering class as my team used it to fully plan and design a robot first before building it.

What do you think you want to study in college or do after school?
In college, I want to take mostly engineering related courses. For sciences, I want to learn chemistry, biology, and physics because, as I said before, science has always fascinated me. I want to study higher math because I have always been gifted in math, and I want to use that to complete harder math courses.  I would also like to continue doing engineering and to learn how to design and build bigger and better things.

What is your dream job and why?
My dream job is a mechanical, aerospace, biomedical, or chemical engineer. As a kid, I wanted to be a scientist or inventor like Thomas Edison. When I got into robotics, I realized that an engineer could be the best of both science and inventing. It had both experimentation and creation. This is the appeal of engineering for me. 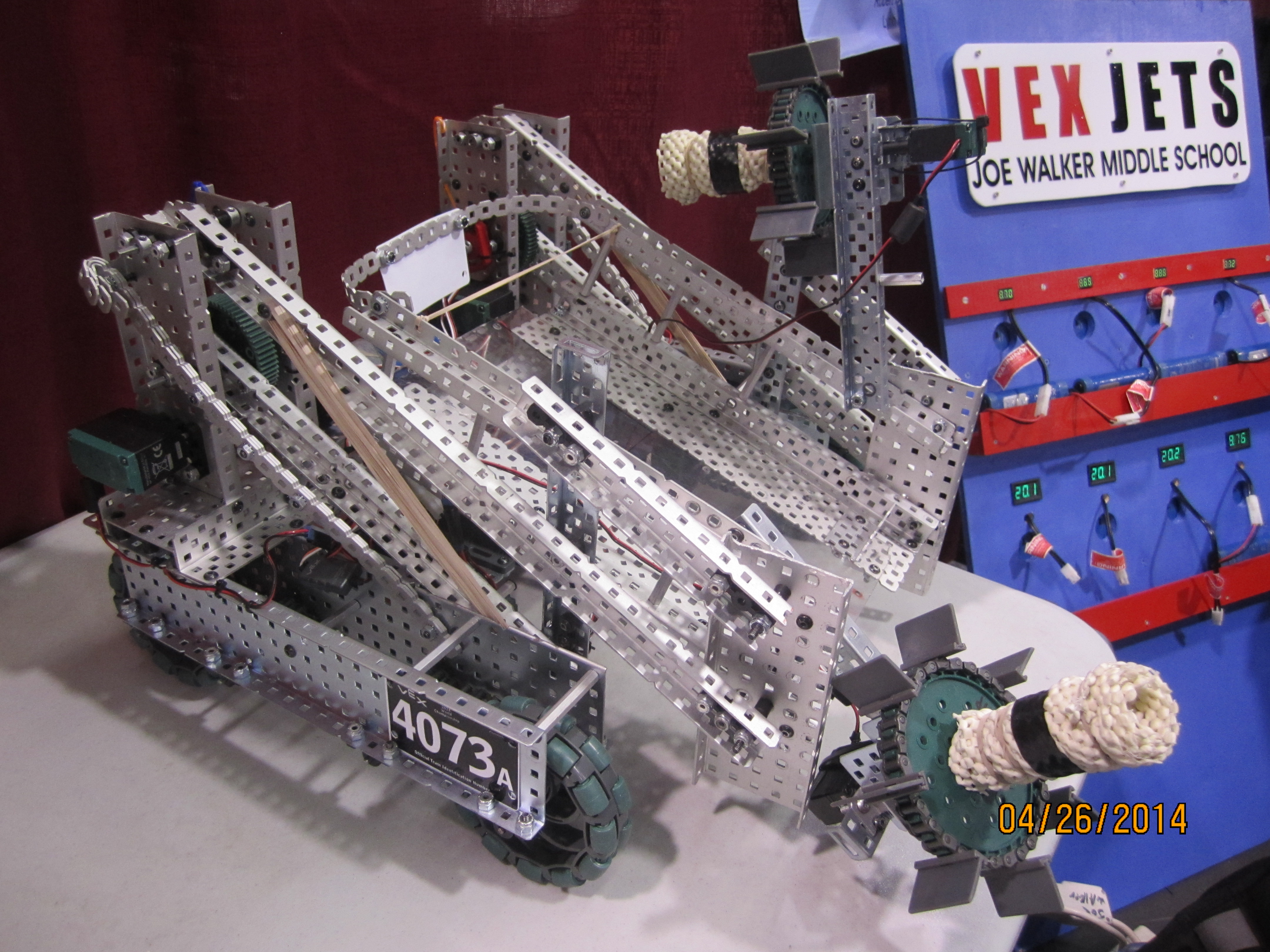