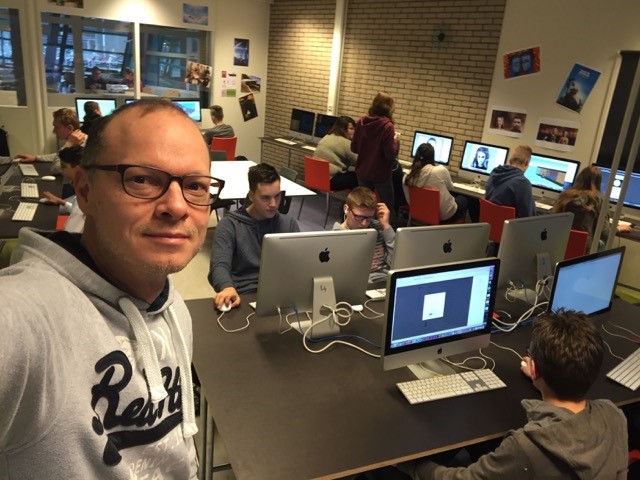 Erik Hofman is an educator at Morgen College, a secondary school in the small town of Harderwijk in the center of the Netherlands. You can find a video featuring his school on the Autodesk Education Community homepage. His students are 11-16 years old. Originally Erik taught German and computer science. He noticed that only a small group of mostly boys were interested in this subject, so Erik and his colleagues introduced Adobe Photoshop, Illustrator, and Dreamweaver to the curriculum. That was over 10 years ago. Times have changed rapidly since then and technology has increasingly become a bigger presence in the classroom. Erik asked himself, “could I teach my students even more? 3D? Game design? Architectural design? Interior design? What software do we need to achieve that?” That’s when he learned about Autodesk and saw new possibilities. He started by showing his students video tutorials from Digital Tutors and his students were super enthusiastic. Next, he had to convince his board to allow him to change the curriculum again. Erik showed them a video of Jason Silva giving a shout out to Autodesk that blew his board away. That was a little over three years ago. At that time, the Maker Movement was slowly gaining more traction, and Erik wondered if it was possible to create a completely new subject. It turned out it was. Thus, his course Design & Innovation was born.

All students from Morgen College follow this subject two to four hours a week, but most of them are so engaged that they spend far more hours in Erik’s classroom.  Each lesson starts around Erik’s desk. Although he has a gigantic screen in his classroom, 20-30 students pack in around his 27” iMac.  Erik shows his students work from artists all around the world. The videos from the Artists in Residence program at Autodesk are very popular, such as the work in 3D printed fashion by the Dutch artist Anouk Wipprecht  and the artist Adrien Segal. Erik also introduces his students to Maya and 3dsMax through show reels and game and movie trailers. He will also show work from Graphic Designers, Architects, or designers he’s researched on the internet. Erik and the students will then hold discussions about the work he shows them, inspiring them to make beautiful things. For Erik, students’ minds should be free and confident enough to know that they are capable of designing whatever they have in their minds. Knowledge of the software is very important, but Erik believes it shouldn’t limit their work. Erik himself doesn’t know everything about the programs he teaches, rather he shows his students the basics and the rest they learn them themselves.  To do this, they have to learn the most important skill of all, how to collaborate and work together.

In the last half of the school year, the students are free to choose a subject to specialize in. Last year a student made an app for invoicing, and he’s even making quite a bit of money with it. Another student built a Rolls Royce Airplane Motor in Autodesk Inventor and printed a working prototype with our 3D printer.  A female student designed and decorated a bedroom using AutoCAD and 3dsMax, and another one animated a game character in Maya that runs, leaps, and jumps from a building.  The students were so proud of the work they did. They had never expected they would be able to make these kinds of 3D models. Their parents and teachers were also proud.

Last year, Erik’s program even got noticed by the Dutch government.  A member of parliament, Anne-Wil Lucas, joined the school for the student presentations. She had learned about Erik’s program through Twitter.

Erik feels very privileged to work with his students, saying “it’s so special to see these kids work, grow, and have fun together and learn so much… You just give them the right tools, some trust and then magic happens! They surprise you and they surprise themselves.” 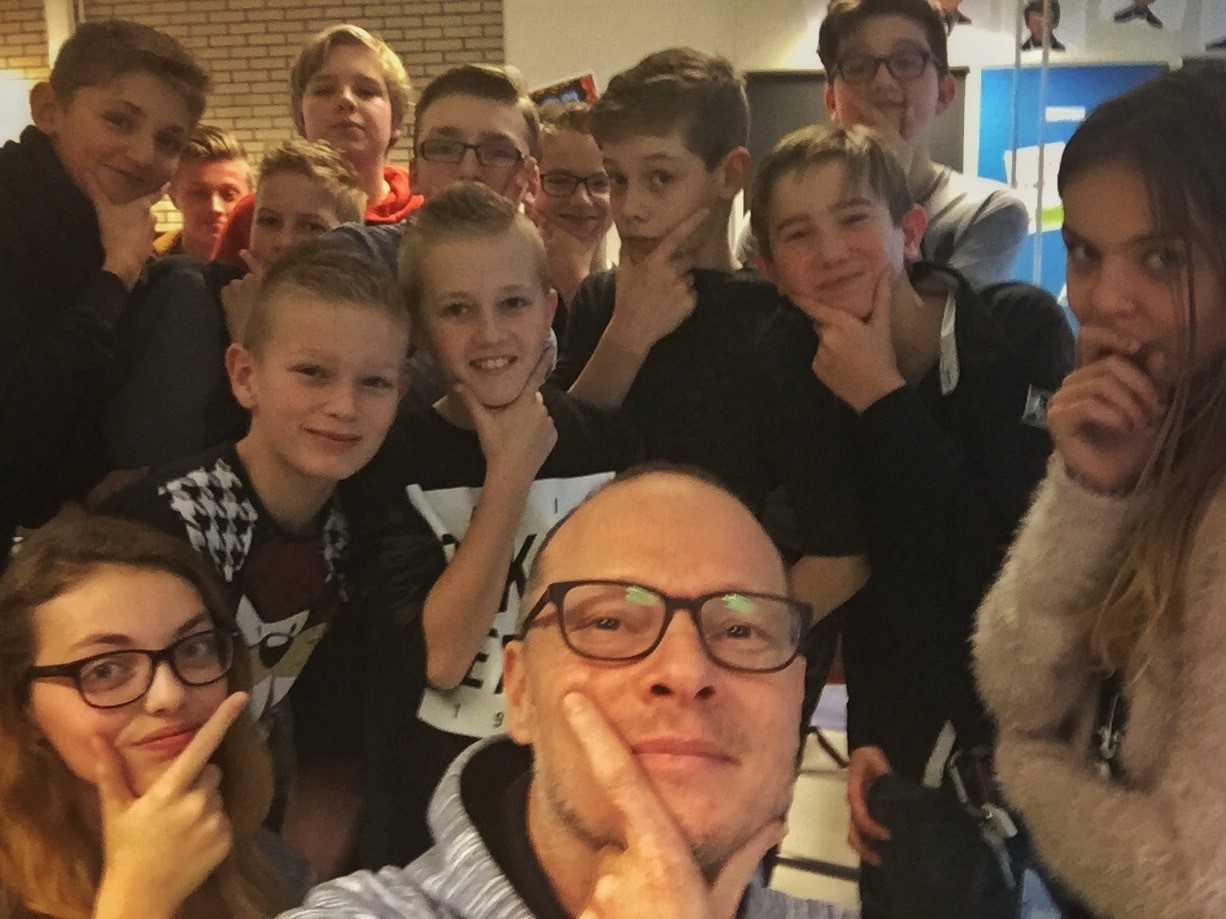 Erik and his students.