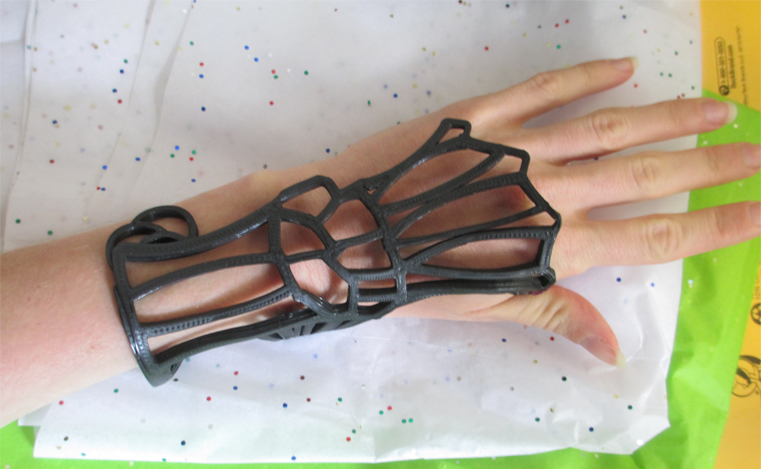 Pre-med student, Rebecca Fox, is a troubleshooter. In 2015 she injured her wrist while practicing Shotokan Kata, a style of martial arts. Nine months and several unsuccessful doctor visits later, she was still in pain. So she went to the ER and insisted on an MRI. Although she finally got it correctly diagnosed, she was warned that since it had already been so long, there was a much lower chance that it would heal, even with a brace. 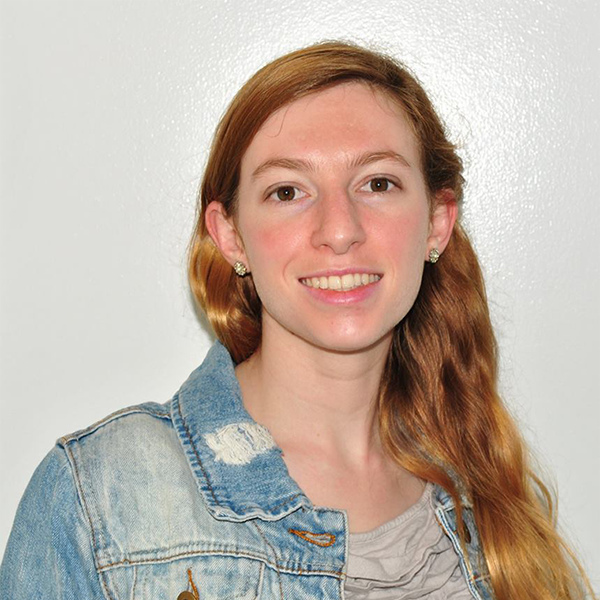 Pre-med student Rebecca Fox designed and 3D printed her own wrist brace after injuring her wrist in 2015.

She tried using the fabric brace the doctor gave her, but it irritated her skin and didn’t fit the contours of her wrist and hand. Many people have the same reaction to the fabric braces, which means they must be removed frequently and provide less wrist support. She started thinking about making her own brace in polylactic acid (PLA), which is a biodegradable and bioactive polyester derived from renewable resources such as corn starch, tapioca roots, or sugarcane. She wanted it to be breathable and lightweight. The goal was to be able to wear it 24/7, which she hoped would cut down on the recovery time.

That’s when she first started working with Autodesk Tinkercad to make her idea a reality. With access to a 3D printer at Old Town Library in Fort Collins, Colorado, she used Tinkercad to create a prototype. The first iteration was simple, but helped her visualize the basic design. From there, she used Tinkercad to flush out and test more intricate designs--keeping the function, but improving the aesthetic. 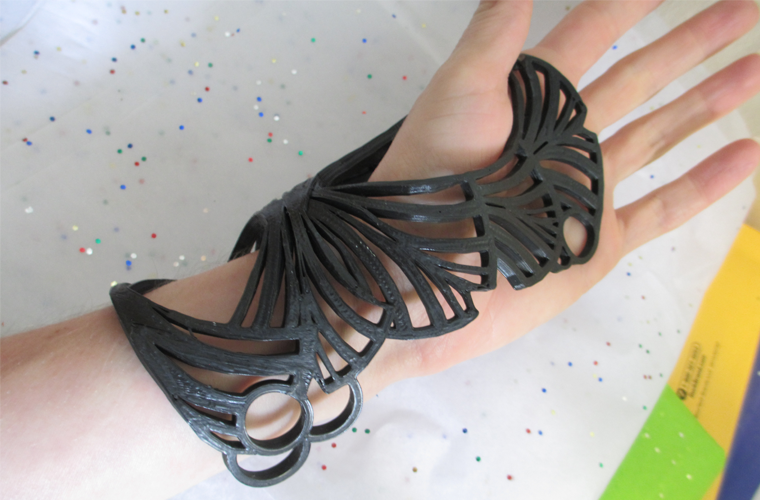 When she had a version she liked, she tested it on her own injured wrist. The result? “I stopped wearing the wrist brace months before I expected because my wrist had healed,” says Rebecca. Not only had it functioned better than expected, it had a few other unexpected benefits. It functioned like a tough fabric brace, but the material didn’t irritate her skin. It was easy to clean so it didn’t smell like the fabric versions that store dirt and bacteria. She knew she had created something special.

Inspired by the success of the functionality, her next iteration focused on aesthetics. She felt that medical devices shouldn’t be cumbersome or cause embarrassment, especially for those who have to wear them for an extended period of time. What if it could be comfortable enough to feel like wearing clothing or jewelry? Wouldn’t it be exciting if you could swap out designs and colors to match what you're wearing? Or print a thicker brace if you needed something more heavy duty? This inspired her to create a version that had a pretty gingko leaf design, as well as a special skeleton version she wore on Halloween. People thought the brace was a fashion accessory. She received many compliments and even a few inquiries on how to obtain one. 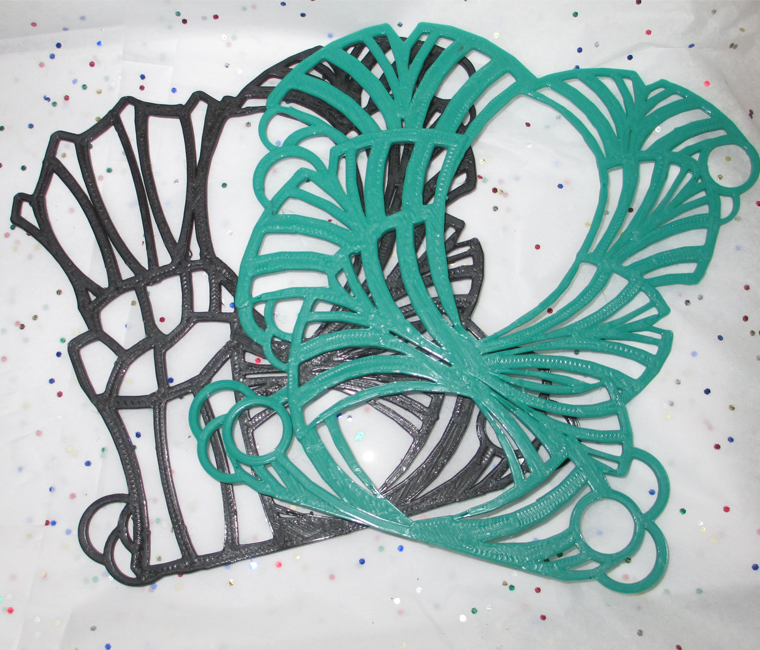 Rebecca decided to share her wrist brace design online and make it available for anyone to download the files. Using Tinkercad, she continues to improve the design by looking for stress spots to reinforce. She’d love to create designs for kids.

This summer she wants to use some of her free time to cultivate her design skills. To do so, she is considering trying Autodesk Fusion 360 to help her work on more complex shapes and designs. Fusion 360 helps users quickly iterate on design ideas with sculpting tools and then test the designs with renderings and animations. And with all the great learning content available on Design Academy, it’s easy to get up and running fast.

“I'd be really happy to see 3D printing become a more standard part of the medical field. I used to design pneumatic prosthetics, and at the time, weight and bulk were both a pain to deal with. I think 3D design and printing have a lot of potential, both in making designs lighter, and making designs that are more customized to the individuals who need them. I'd like to see more 3D printed organs and valve parts, as well as other braces and casts. I'm looking forward to seeing where it goes.”

Rebecca still wears her wrist brace sometimes. But it’s now been reinvented for a new purpose.

“I’ve remodeled it to hold my knitting,” she says with a smile.

Want to try your hand at your own designs? Check out to the links below for more creative ways to explore design.

Check out Rebecca's designs on Tinkercad.com
Rebecca has made her wrist brace designs available for anyone to download. Get inspired to make your own 3D designs using Tinkercad.

Introduction to Fusion 360: Design a Lamp in an Hour
This may be the fastest way to get started with Fusion 360. This short course includes everything a new students would need, whether they are new to CAD or using parametric CAD software already.

Product Design: Prosthetic Design
This course explores the design and development of an economically viable prosthetic socket for above-the-knee amputees in the developing world.

3D Print Your Own Ring
Make three different kinds of rings which will help you master the basic tools of Tinkercad.

3D Printing Class
Take this beginner level introduction to 3D printing to learn everything you need to know to design and 3D print your own creations.

Browse student portfolios or show off your designs
Look for design inspiration or post your own creations to show off your talent with others.

Dentist and Stanford research fellow fights cavities and gum disease worldwide with Autodesk Fusion 360
Luis Cordova is is a professional dentist with the passion for improving oral health. Using Fusion 360, he's created a functional device to improve oral health around the world.

Help other people
Learn what it takes to design for social impact. Get all your questions answered to take your designs from idea to reality.

Read less
Posts by Jena
Advice from a design and engineering recruiter: How to master the job interview
Experiencing cultural connections in the cloud
The wild west of the technological frontier
Applying for a job? Prove you have more than the required skills
How to own a positive mindset and create a better world
The tech career that's enticing a new generation